Tower Leasing continues to support and sponsor organisations and individuals to help them get one step closer to reaching their goals. From local communities to helping people across the world, we are passionate about giving something back to the community and the environment. If you would like to sponsor any of the below, please get in touch, email enquiries@towerleasing.co.uk

“Many people fail to recognise when somebody who may even be very close for example partner, relative, friend or co-worker are going through a difficult time. Spotting the signs and understanding more will help us all to get the right support they or we deserve”. 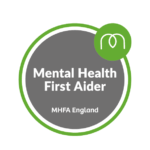 We can make a difference by creating a positive working environment by putting our employee health and wellbeing first.

There are also many helpline services that can provide amazing support – Please see contact details below:

Tower are pleased to sponsor one of EdUKaid pre-primary classes, these are the most disadvantaged children who are desperate for 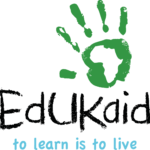 an education. As a sponsor, we will helping over 100 children aged 4 – 6 will have the chance of a better future. 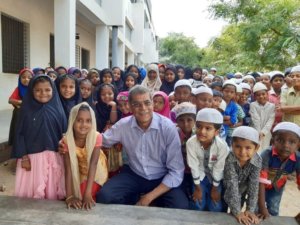 The H.E.A.T. Foundation (Health, Education, and Training) is currently working with local charity in Vaniyambadi, South India, and in Mansehra, Pakistan in a joint effort in provide poor children with education. The aim is to encourage them to continue in education and hopefully keep them from joining the “Child labour market”.

The charity was set up by Umar Shariff (previously our Finance Director) with the help of friends, family and colleagues after visiting India and seeing the hardship and poverty that people were experiencing.

H.E.A.T.Foundation is also helping to provide dental and eye tests for the children as well as midday meals (for some this will be the only meal of the day) and uniform.

We all love shopping and by registering at www.giveasyoulive.com  and choosing H.E.A.T.Foundation as your favourite charity, you can be raise funds each time you shop for loved ones by going through the giveasyoulive site, without costing you a penny and helping the poor children receive the education they so need.

If you are struggling to think of a gift for someone or tired of buying the same type of stuff.  Go for something a bit different and buy a H.E.A.T Foundation Gift card.  The gift buys something for the school children, so for example a gift card of £10 buys an eye test for 10 students. The person receiving the gift will find it very rewarding that they have been able to help poor children.

To find out more information on our charity and their gift cards please visit our website at http://www.heatfoundation.org.uk/gifts-that-make-a-difference/

If you have anything to donate to our boot sale please call 07973 190158 or email  umarshariff@heatfoundation.org.uk 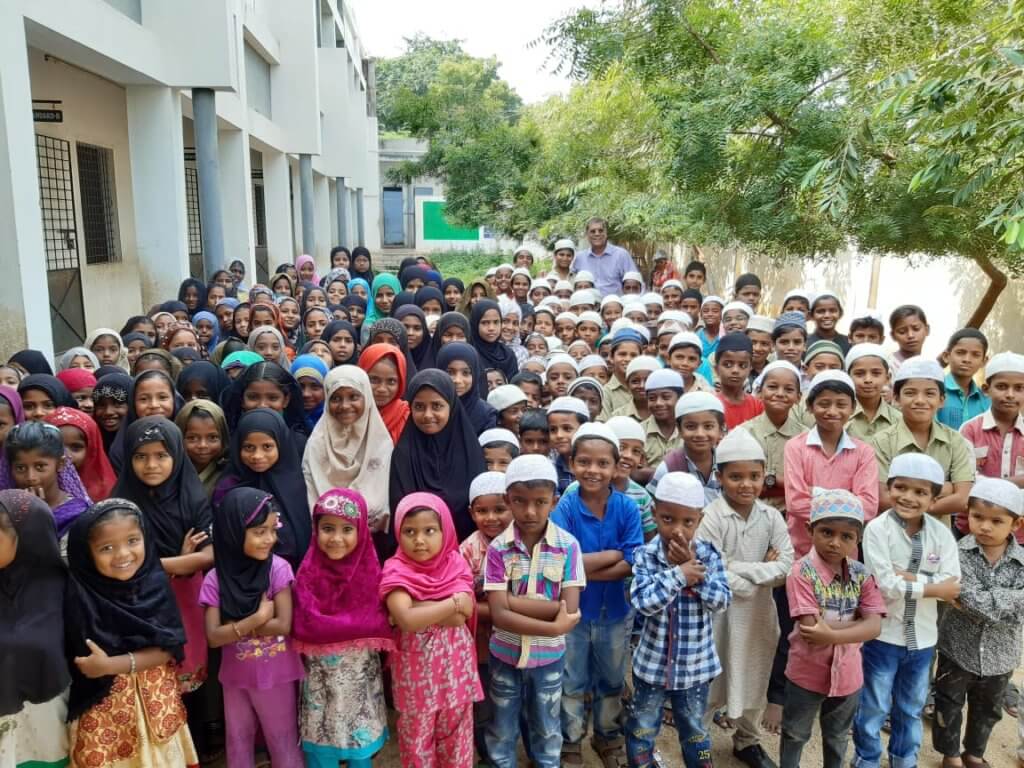 Congratulations on getting so far in the Aldermore football tournament 2019 ‘Andros Towersend FC’!! All for an amazing charity, raising a total of £13,016 for Headway UK who help and support people affected by brain injury. #FootballForHeadway 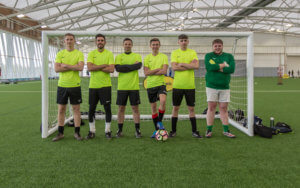 Tower takes part in Aldermore’s annual charity football tournament 2018, together we raised £13,450!! What a great event and our team thoroughly enjoyed the day, coming 3rd in the tournament! #teamtower 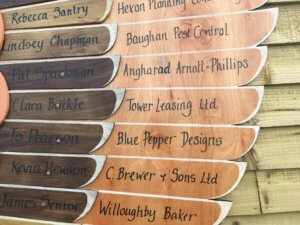 Tower leasing is supporting the upcoming project of the British & Wildlife Reserve on The Green Dragon Eco Farm in July 2018. Their aim is to support wildlife conservation and expand their range of outdoor learning activities aligned to their educational ethos. They have set a target of reaching 250,000 children by 2023, increasing partnerships with schools and charities to offer young people outdoor experiences they may not otherwise have. 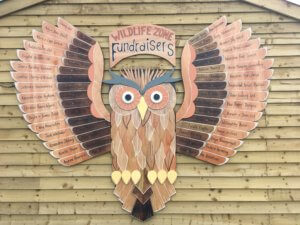 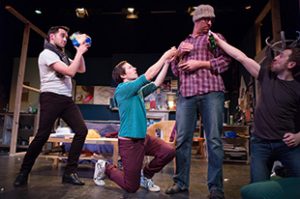 OperaUpClose was founded in October 2009 by Adam Spreadbury-Maher, Ben Cooper and Robin Norton-Hale for the experiment of producing La Bohème at the Cock Tavern Theatre in Kilburn, a 35-seat theatre above a very rough pub. We had no idea if anyone would come to see the show, or even whether opera singers would be prepared to work in such a gritty, fringe environment.

With equal amounts of delight and trepidation, we fielded requests for press night tickets from an astonishing number of national papers (for most pub theatre shows, it’s a coup to get one national critic in), and watched as tickets for the first fortnight sold out before we’d started previews. We’d clearly hit on something – the question was, would the show live up to it?

Since then, our La Bohème has run for nearly six months at the Cock Tavern (becoming the longest continuously running opera in the UK in the process), had two critically-acclaimed and sold-out runs at Soho Theatre, and won the 2011 Olivier Award for Best Opera Production. It is not false modesty to say we have been astonished – ecstatic, too, of course – at the runaway success of our crazy idea.

In October 2010 OperaUpClose became the resident company at the King’s Head Theatre, re- launching the venue as a small-scale off-West End alternative to London’s two established opera houses and opening the season with our second production, The Barber of Seville (or Salisbury). We have now produced ten new opera productions here: Barber, Madam Butterfly, Cinderella, Pagliacci, The Coronation of Poppea, The Turn of the Screw, Manifest Destiny, La Fanciulla del West, Carmen and Tosca (a co-production with Malmo Opera in Sweden), all in new English versions – including, in Poppea’s case, a libretto by Mark Ravenhill, with a new aria by Michael Nyman.

We feel passionately about producing contemporary opera as well as new versions of the classics, so this autumn we launched Flourish, a competition to find a new chamber opera. We were overwhelmed by the quality and variety of the entries and at a showcase of the finalists’ work in September chose not just a winner (Two Caravans by Guy Harries and Ace McCarron, which will get a full production at the King’s Head in 2013) but a runner-up (Katarzyna Brochocka and Gabriela Zapolska’s Young Wife) which we fely strongly also deserved to be produced. So far we have Arts Council funding for one production but not two – watch this space!

In 2013, as well as our Flourish winners, we’ll present new productions of L’elisir d’amore and our second co-production with Malmo Opera, La Traviata, at the King’s Head (as well as two other operas it is too early to announce). We’re proud to have been the first opera company to perform at Soho Theatre, initially with La Bohème, and last summer with our electronica-tinged production of Don Giovanni, and we’re also building a touring reputation, with our production visiting venues from the Bristol Tobacco Factory to the Coventry Belgrade to Bestival.

Writing all this down, we’re not quite sure how we’ve managed to stay sane and solvent so far. If you would like to support us by becoming a friend of patron then click here for more information.

We hope you’ll join us for more opera that is exciting, accessible and (of course) up close, very soon. 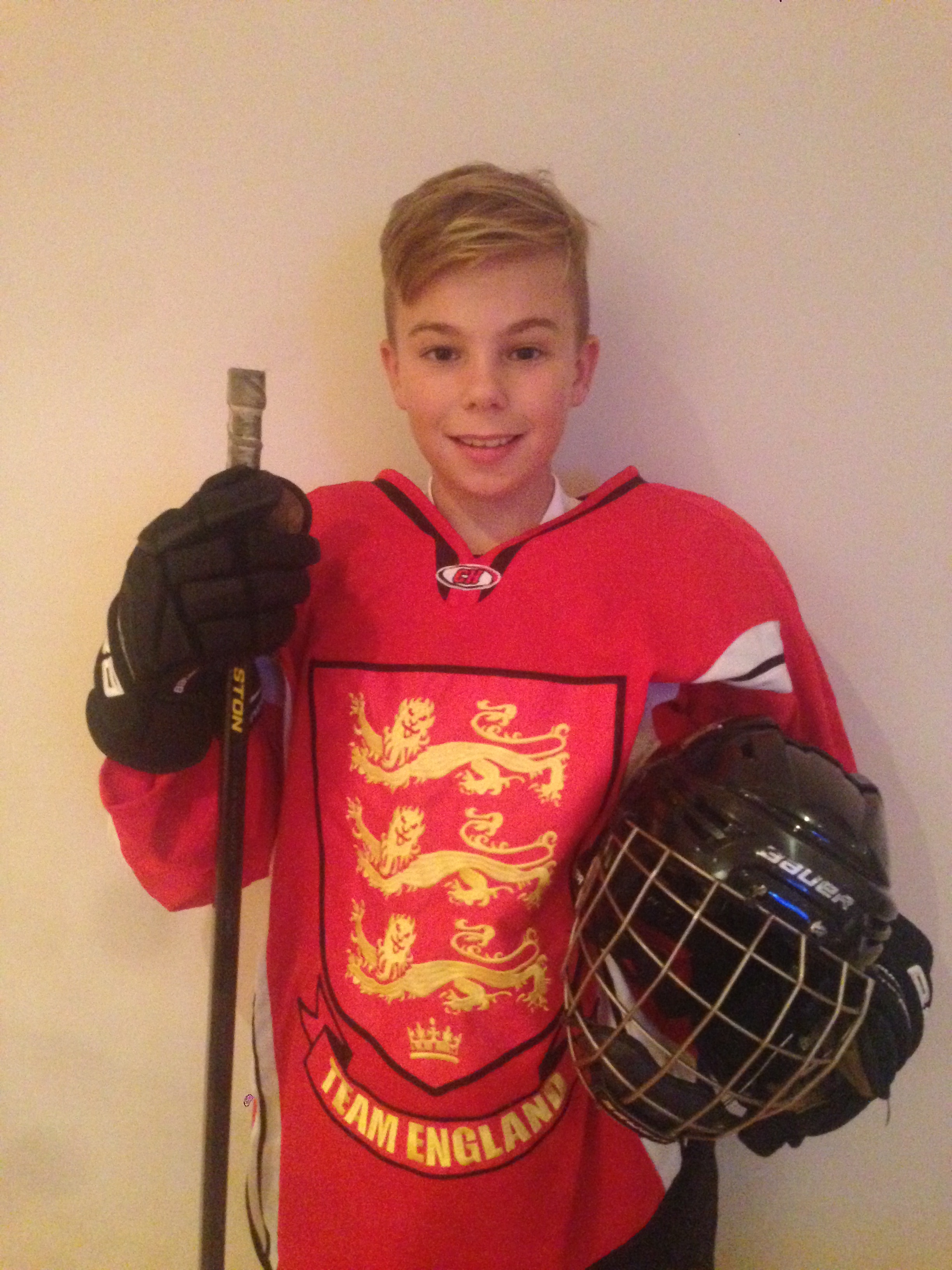 Fin Howells has taken the decision to leave home and move to Canada to join the Ontario Hockey Academy at a young age of 14 to pursue his hockey career. We are raising funds to make this happen, click here to sponsor. 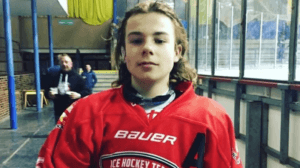 Read his journey so far…

From the first time Finley watched a local ice hockey game he was hooked, one month later for his 6th birthday he had his first skates and hockey starter kit and has never looked back since. When he was 10 years old he was selected after numerous trials for the Midlands Conference team, a team made up of the best players in the country including 2 of the biggest clubs in Britain. Finley was selected for the team and given the honours to captain the team; the team participated in a tournament in Holland that consisted of the German & Dutch National Team and the largest hockey tournament here in the UK.

Finley and the Midlands Under 11 Conference Team beat all teams and Finley raised the winner’s trophy in front of a sell-out crowd. Finley has always wanted to play for his country and represent England… He finally had the call up to attend the trials “Quest for Quebec”. Finley has had numerous trials this year consisting of at least 60 ice hockey players from all over England.

This was cut over 5 trials to 22 players including the net minders. They then went on to play 2 games over a weekend against Bracknell & Guildford Under 14s teams to pick the final 15 players and 2 net minders, this was a crucial weekend for selection…

Finley Howells made the final selection to make the prestigious trip to the “World Championships of Pee Wee Hockey” this Tournament is the single most important minor ice hockey tournament in the world for young hockey players (11 and 12 years old).

The young England squad that will be traveling to compete this year are certainly going to get a chance to follow in some impressive footsteps, and they cannot wait. The tournament, founded in 1960, is the most prominent minor hockey tournament in the world. About 2,200 young hockey players from 15 countries around the world travel to Quebec to participate in the event, which takes place over a 12-day span – with crowds totalling around 200,000 fans every year.

To further illustrate the importance of this tournament, just look at some of the past participants who went on to be some of the greatest hockey players of all time. Many stars from the National Hockey League have passed through this tournament, including Wayne Gretzky, Brad Park, Guy Lafleur, Marcel Dionne, Gilbert Perrault, Mark Howe, Sylvain Côté, Eric Lindros, and many others – including Penguins owner Mario Lemieux .

The young England squad that will be traveling to compete this year are certainly going to get a chance to follow in some impressive footsteps, and they cannot wait!